Brazil is among the top-rated destinations for many travelers around the world especially snowbirds and it's not hard to see why. Located in South America, the beautiful tropical climate and outgoing people make touring the country one of the most exciting adventures of a lifetime. It is the largest country in South America and is inhabited by some of the most beautiful creatures in the world plus more than 211 million people. Its capital city of Brasilia is often praised as one of the fastest-growing multicultural and ethnically diverse cities in the world as more people from around come to visit and even migrate to live in the country. The official language of Brazil is Portuguese with a few German, Italian, and English speaking nationals. Many people in the major cities speak and understand English while locals in smaller regions may speak a bit of broken English.

Brazil has a rich history as one of the earliest inhabited places in the Americas, some of the earliest human remains which date back over 11,000 years and pottery dating over 8,000 years' indicative of complex prehistoric culture, significant populations, and sophisticated communities were found in Brazil. The country has some of the most diverse wildlife and is home to one of the largest ecosystems in the world, the Amazon river basin. The country is rich in culture, history, and natural resources including protected habitats and ranks among the countries with the most UNESCO world heritage sites making it one of the most sought after tourist destinations in the world.

Why should people stay in Brazil

Brazil is a great place for snowbirds seeking to visit beautiful warm locations with exciting food, rich culture, and fun activities year-round. There is no shortage of places to visit even in the winter months as the pleasant temperature makes it ideal for long walks, shopping in local markets, and sightseeing. Lots of shops remain open in the winter and the country remains full of life so if you prefer a busier environment, Brazil is a great place to visit in the winter. With a number of attractions in different cities, snowbirds can expect to have a wonderful trip regardless of which part of the country you choose to visit. Finding accommodation is also relatively easy as there lots of houses and apartments available for short lets.

Brazil has a typically warm and equatorial climate which is subtropical and humid with a few dry areas in the northeast. The climate varies in different regions and the country experiences summer from December till February where temperatures are usually between 30°C - 40°C (86°F - 104°F)Winters are short and cool in Brazil lasting only three months from June to August however it does not snow and depending on the region you decide to visit, there might be a bit of rainfall but temperatures rarely dip below 20°C - °C (68°F - 32°F).

When it comes to staying safe while in Brazil, snowbirds are advised to remain on high alert and be wary of their surroundings at all times of the day but most especially at night time. Like most developing countries, Brazil has high crime rates especially in urban areas that attract a lot of tourists. However, as long as you stay alert and take precautions such as staying with your travel group, carrying small amounts of cash at a time, and keeping it securely, plus being aware of common distracting ploys used by criminals, you should remain safe.

Communication, internet, and cellphone in Brazil

Most Brazilian nationals speak the country's official language, Portuguese. Snowbirds who have some understanding of Portuguese will have a swell time brushing up their language skills and for others who do not speak the language, you can take a quick course to learn the basics of everyday communication.

Wi-Fi is usually slow in Brazil and many snowbirds opt to use local sims which is usually fairly easy to set up and data prices are relatively cheap. You can get 1GB worth of mobile data for as low as $2 (approx. €1.7, £1.55, $2.65 CAD, $2.76 AUD). Since WhatsApp is the primary channel of communication, telephone companies do not charge for it including international calls made on the platform.

Things to see in Brazil

Brazil has some of the most beautiful and popular attractions in the world some of which include:

Activities in Brazil in the winter

Thanks to its many regions with their own special attractions, there is no shortage of activities snowbirds can indulge themselves in. Some of these include:

Most shops and restaurants remain open during the summer in Brazil (that is the winter in the northern hemisphere), as the weather does not undergo much change. This is a time for most tourists and locals to head to the many boutiques and stores that line the towns for some retail therapy. Everything from luxury items like designer perfumes and accessories, clothing to food items, and snacks can be bought easily. Restaurants offering local cuisine and intercontinental dishes are usually open in the winter so you can try out some local dishes, seafood, and drinks in bars as well. If you are interested in shopping for locally made souvenirs, crafts, and Brazilian traditional fashion, many local markets offer such items and are usually open at this time.

Brazil has the second-highest number of airports in the world second only to the US and flights from one city to another are not uncommon. The two busiest airports are located in Sao Paulo and Rio de Janeiro so you most likely would land there before heading to your preferred city. Snowbirds should consider purchasing a Brazilian Air Pass before arriving in Brazil.  They are valid for 30 days and enable you have access to cheaper domestic flights. Intercity flights are also usually more affordable and quicker than using a bus to get around. GOL airlines, LATAM Airlines, and Azul Airlines are just a few that offer domestic flights within Brazil. Domestic flights begin from $95 (approx. €80, £73, $125 CAD, $130 AUD)

Buses in brazil are usually on time and leave as scheduled so it's important to be at your terminal a few minutes before your trip is slated to begin. Buses are operated by private companies and are usually clean and tidy.  Tickets for trips are non-refundable and prices for trips within a city begin at $1 (approx. €0.85, £0.78, $1.32 CAD, $1.38 AUD) intercity bus prices begin from $ (approx. €0, £0, $0 CAD, $0 AUD)

You can take a metered taxi within the city but snowbirds may have to bargain with a taxi driver outside the city before settling on a price. A taxi ride from the airport to your chosen accommodation or hotel may cost around $18 (approx. €15, £13, $23 CAD, $24 AUD)

Renting a car is not advisable for snowbirds who plan to stay within one city. Intercity travel by rental car would only be practical in the southern parts of brazil as the roads are better and safer than the roads in Northern brazil.

Brazilian healthcare is among the best in South America and the Ministry of Health is in charge of medical services, hospitals, and public health so it's citizens and permanent residents are entitled to free healthcare. There are also private hospitals available which snowbirds may prefer to use as they have shorter waiting times but they often cost more than public hospitals.

Purchasing travel medical insurance before leaving your country can also help offset medical expenses. The majority of the doctors in Sao Paulo and Rio de Janeiro speak English thanks to foreign training so they will have little to no trouble understanding you. The main hospitals in these regions include Hospital das Clinicas in Sao Paulo and Hospital Samaritano & Hospital Copa D'Or in Rio de Janeiro. When faced with an emergency, call 192 and an ambulance will be sent to you. 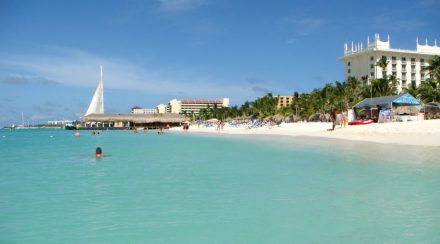 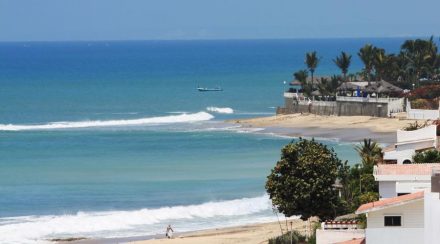 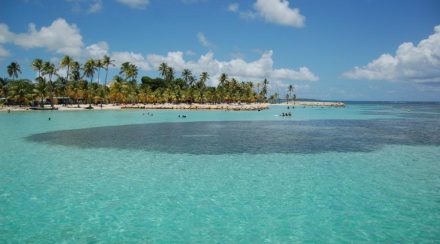