Menorca (Minorca) is one of Spain's Balearic islands in the Mediterranean Sea. Traditionally more low-key than its neighbors, Mallorca (Majorca) and Ibiza, it is known for its endless beaches, from miles-long sandy crescents to rocky, turquoise-watered bays called "calas." Pine trees fringe the coast. The capital, Mahon, is on a bluff overlooking a large harbor, with Georgian mansions and a church with 13th-century roots.

The island is known for its collection of megalithic stone monuments: navetes, taules, and talayots, which indicate very early prehistoric human activity. In October 1993, Minorca was designated by UNESCO as a biosphere reserve. In July 2005, the island's application to become the 25th member of the International Island Games Association was approved. It has proven to be an amazing snowbird location.

Why should people visit during the winter?

During the winter months, the climate is quite mild. The sun often shines on the island but alternates with a few days of rain with a consequent drop in temperatures. Snowbirds will enjoy the sleepiness of low-season Menorca. They get to be charmed by this lovely, enigmatic and beguiling isle.

Menorca enjoys a classic Mediterranean climate, a mild all year climate. The winters are mild, although can get quite rainy, the scenery is spectacular during the rainy sessions. The average daily temperature ranges from 11°F - 12°F (-12°C - -11°C).

Menorca is pretty much a safe place. However, snowbirds should be aware, petty theft does still exist here, as it does nearly everywhere. Personal possessions should not be left unattended.

The two official languages are Catalan and Spanish. Natives to the island speak the variety of Catalan called Menorquí, and Spanish as well. Other major languages like English, Italian, German, French, and Dutch can also be heard extensively due to mass tourism.

European residents can use their mobile phones without any problems (roam like home). For non-EU residents, it is advised to check the rates, and if needed buy a local sim card.

Things to see in Menorca, Spain

Menorca has notable places that are worthwhile visiting:

Activities in Menorca, Spain during winter

Many of Menorca's shops and restaurants close for the winter, but enough stay open to make for a perfectly wonderful low-key, low-season break. Handmade figures and decorations are sold at street stalls and these make good gifts. Snowbirds can choose from a variety of restaurants to enjoy the different meals offered on the island.

Some of the budget-friendly restaurants are Café Balear which allows reservations to only be taken for indoor tables. Prices start from €40 (approx. $48, £34, $60 CAD, $61 AUD) and cards are accepted. During winter, it opens on Monday. Another is the Cap Vermut and prices range from €10 (approx. $12, £8, $15 CAD, $15 AUD). No reservations needed and Cards are accepted.

Snowbirds will arrive at the Menorca airport first which is 2.8 Miles (4.5 km) south-west of Mahón.

Menorca has an integrated healthcare network, which guarantees medical and pharmaceutical care 365 days of the year. Modern healthcare installations at both a private and public level are distributed across the island and have the support of a network of more than 40 chemists to provide the appropriate medical coverage for the whole population. The benchmark hospital in Menorca is the Mateu Orfila, in Mahón. It has 142 beds, seven of them in the Intensive Care Unit, as well as five incubators, five operating theatres, and 35 doctors' consultancies with different specialties, as well as a daytime hospital and emergency and rehabilitation services. Over 700 professionals provide their services in this public hospital, opened in 2008.

Alongside this, in Menorca, there are several Primary Healthcare Centres, distributed among its eight district councils that cover primary healthcare and non-specialized care. Snowbirds should note that any citizen of the European Union can receive healthcare with the accreditation of their corresponding public health card. As regards private health, Menorca also provides general medical and specialized services focused mainly in Mahón and Ciudadela.

Finally, the 112 emergency phone number coordinates all calls to ambulances, the fire service, and security forces to enable an immediate and effective response to any emergency, whatever it may be. The call is free and snowbirds will be attended to quickly in 4 languages (Spanish, Catalan, English, and German). Snowbirds can find doctors and dentists that speak English as well as other languages.

Many of Menorca's hotels are closed for the winter, but enough stay open to make for a perfectly wonderful low-key, low-season break. Some of these include Menorca Experimental, Cugó Gran Menorca, and Biniarroca Rural Hotel. Accommodation prices range from €68 (approx. $81, £58, $103 CAD, $105 AUD) per night.

Unfortunately for Camping lovers, the accommodation offer in campsites is very limited in Menorca. There are only two places prepared for camping in Menorca: 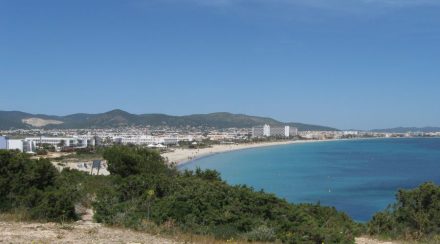