St. Eustatius is a tiny Dutch island in the Caribbean dominated by the Quill, a dormant volcano. It is a special municipality (officially "public body") of the Netherlands. The island has an area of 21 km (13 Miles).

The name of the island, "Sint Eustatius", is the Dutch name for Saint Eustace (also spelled Eustachius or Eustathius), a legendary Christian martyr, known in Spanish as San Eustaquio and in Portuguese às Santo Eustáquio or Santo Eustácio. Sint Eustatius, also known locally as Statia, is an island in the Caribbean.

The capital, Oranjestad (Dutch for Orange Town) is divided into Lower Town, a single street by the waterfront, and Upper Town, which is the main part of town.

According to the Sint Eustatius government website, "Statia's economy is stable and well placed to grow in the near future. With practically no unemployment and a skilled workforce, we have the infrastructure in place to ensure sustained growth." The government itself is the largest employer on the island, and the oil terminal owned by NuStar Energy is the largest private employer on the island. 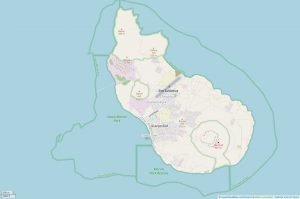 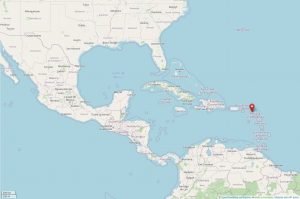 Where is St. Eustatius Located

Why should people visit during the fall, winter, or spring?

St. Eustatius is a very small island, and it's very laid back and quiet. The island offers snowbirds an escape from their stressful and busy lives at home. Most of all, it's the locals who make a visit to the island special. While many of its neighbors are pursuing the tourist business big-time, St. Eustatius just quietly exists.

The climate of the nation is hot, though tempered by cool trade winds. The temperatures vary little throughout the year, remaining around the average of 27°C (81°F). This means maximum temperatures range from 28°C - 32°C (82°F - 90°F) while minimums sit between 22°C - 24°C (72°F - 75°F). The cooler of both being experienced between December and April. The winter period normally does not see hurricanes (the hurricane season is from June to November).

St. Eustatius is one of the safest destinations on Earth. Despite the rarity of crime in this part of the Caribbean, it is still wise to follow basic safety precautions. Snowbirds should be aware, petty theft does still exist here, as it does nearly everywhere. Personal possessions should not be left unattended.

The official language is Dutch, but English is the "language of everyday life" on the island and education is solely in English. A local English-based creole is also spoken informally. More than 52% of the population speaks more than one language. The most widely spoken languages are English (92.7%), Dutch (36%), Spanish (33.8%), and Papiamento (20.8%).

The local telephone company is the St. Eustatius Telephone Company N.V. Colourful CaribTel calling cards are for sale starting at $10 (approx. €9, £8, $13 CAD, $14 AUD). Cards can be bought at the Post Office at Fiscal Road and can be used in most public telephones on the island. Internet access is also available on the island.

Things to see in St. Eustatius

St. Eustatius has a few notable places that are worthwhile visiting:

Activities in St. Eustatius during winter

There are limited adventures and St Eustatius activities available as the island is very small. They include:

Shopping + Restaurants. Are they open in the fall, winter, or spring?

St. Eustatius is hardly a culinary destination, but the island's dozen-plus restaurants include some interesting options. Fine dining is generally limited to hotels like the Kings Well and the Old Gin House, but snowbirds should not miss the Ocean View Terrace, located in the courtyard of the Government Guest House overlooking Fort Oranje. Most restaurants are casual, and choices include burgers, pizza, local cuisine, and a surprising number of Chinese restaurants. The Smoke Alley Bar and Grill is an open-air beach bar and restaurant; the Blue Bead Bar and Restaurant in Lower Town Oranjestad is renowned for its Italian and French cuisine.

Chocolate Restaurant (Golden Rock, Oranjestad) is the place to go for traditional Creole dishes, while Franky's Place (Oranjestad Old Town) offers much of the same in a quiet location opposite the Methodist church. The Golden Era Hotel (Oranjestad Lower Town) also offers a Creole menu in a romantic setting overlooking the bay. The simply-named Local Restaurant (Paramiraweg) is another place snowbirds can sample some tasty Creole dishes, as well as freshly caught seafood. Park View Restaurant (Paramiraweg) also offers an extensive local menu and is known for its elegant use of goat meat, salt fish, and ox-tail.

Statia won't hold much interest for shopaholics. St Eustatius is not known as a major shopping destination, as most products here are imported. However, no duty is charged on imports, so luxury items, such as perfume, jewelry, and alcohol, come much cheaper in St Eustatius than in neighboring Caribbean countries. Many restaurateurs travel over to the island from nearby St Kitts to grab a bargain, as even imported food is cheaper here. The capital of Oranjestad offers the best shopping and is the major trading hub of the island.

For souvenir shopping, head to Mazinga, which sells a range of products and books about St Eustatius from its location in Oranjestad Upper Town. The store is closed on weekends, but there is another branch (closed on Mondays and Tuesdays), set in a historic warehouse by the bay. Lijfrock in Vannesweg is a wonderful jewelry store that stocks a mixture of imported goods and pieces made by local designers. Alois Boutique is a popular fashion store in Vantonnigen, while surfwear and other apparel can be sourced from the Golden Rock Dive Center in Oranjestad Lower Town.

Paper Corner in Vantonnigen is a restored wooden rum shop, selling a selection of Caribbean rum and other liquor; however, shoppers should be aware that the rum is no longer made on St Eustatius itself. To purchase other food and drink items, snowbirds should go to one of the locally-owned supermarkets, such as Brown's Superette on Whitewall Road, or Duggind Supermarket and Department store in De Windtweg. For health food, look out for the Herb Center in Statia Mall. The usual shopping hours in St Eustatius are between 8:00 a.m. and 12:00 p.m., and then 2:00 p.m. until 6:00 p.m., but some stores close on Saturdays.

Snowbirds to the island by air arrive through F. D. Roosevelt Airport.

No rail network or public buses exist on St Eustatius. Sometimes private vehicles act as small buses for workers on fixed routes on the island, but the main way of getting around for snowbirds is by taxi or rental car. The island is just 8 Miles (13 km) across, meaning private transportation is fast and affordable. It only takes about an hour to travel the whole island by taxi or car, but snowbirds can also ask their hotel if they run minibus trips to other parts of the island, such as certain beaches or nature reserves.

Taxis are available on St Eustatius, based in the capital of Oranjestad. Taxis do not run on a meter but prices are fixed, set by the country's tourist office. Snowbirds can pick up a copy of the price chart from the Statia Tourism Center in Oranjestad. The country is small, so it is possible to arrange a taxi to anywhere on the island, although some drivers have been known to refuse to drive on some of the poorly maintained roads in remote areas. Snowbirds can call Ausvan Taxi or Lijfrock to arrange pickup.

Car rental is available via several locally-owned companies, such as Brown's Car Rental and Rainbow Car Rental. Navigating St Eustatius is fairly easy since it is so small, but some of the roads are in need of repair. Snowbirds planning to go to a remote area independently should bear in mind that it is worth renting an SUV.

St. Eustatius does not have domestic water taxis, but there is a scheduled ferry service to some of the two nearby islands in the Dutch Antilles group. The service, which only started in 2012, offers an alternative to making the trip by a 20-minute flight. The ferries run Monday to Friday and take around an hour and 30 minutes.

The Queen Beatrix Medical Center run by the St. Eustatius Health Care Foundation provides medical care on the island, but patients requiring intensive care need to be transported to Sint Maarten. The centers strive to ensure exceptional quality care to the patients, putting them centrally, working together with other caregivers in the care process in a responsible and professional manner, using qualified and motivated staff through continuous training, and enhancing their work environment. Snowbirds can find doctors and dentists that speak English as well as other languages.

Snowbirds should make sure to make their reservations before they arrive on the island, as the selection of accommodation is quite limited. Bills will be increased by an extra 7% service charge on room rates, which is dictated by the government. The service charge on food and beverages in hotels is 15% in lieu of gratuities. Accommodation prices range from $75 (approx. €72, £62, $101 CAD, $111 AUD) per night. 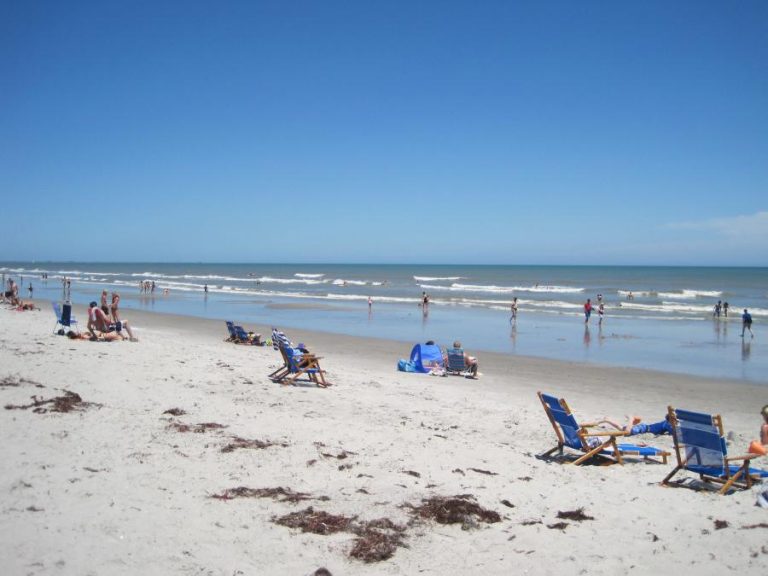 Cocoa Beach is located in Brevard County, Florida, and is effortlessly the most eminent city on Florida's Space Coast. Being a tech hub as well as a cozy oceanfront town, it is very much preferred amongst tourists… 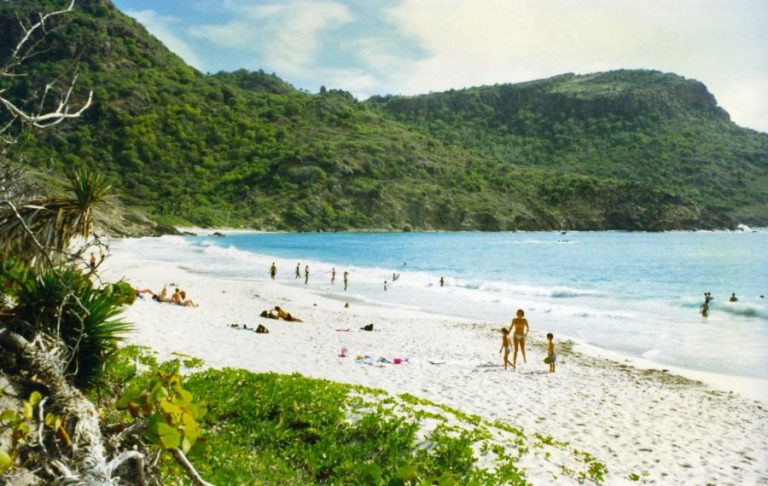 More popularly known as St. Barts, the island of Saint Barthélemy is a Caribbean territorial collectivity of France. For many years the island used to be a part of another French overseas region- Guadalupe however since it… 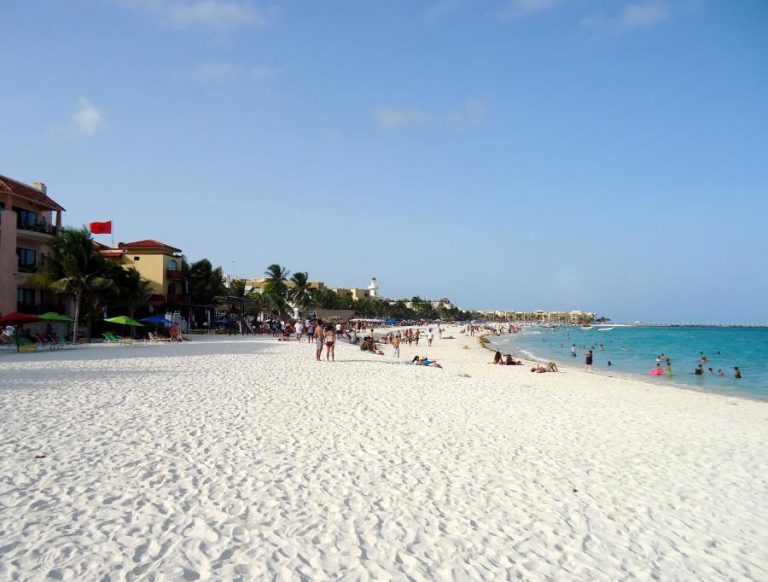 Playa del Carmen is located along the Caribbean Sea in the state of Quintana Roo, Mexico. It traces its roots back to the pre-Columbian Mayan civilization. Aptly named "Xaman-Ha" which translates to "waters of the north". It… 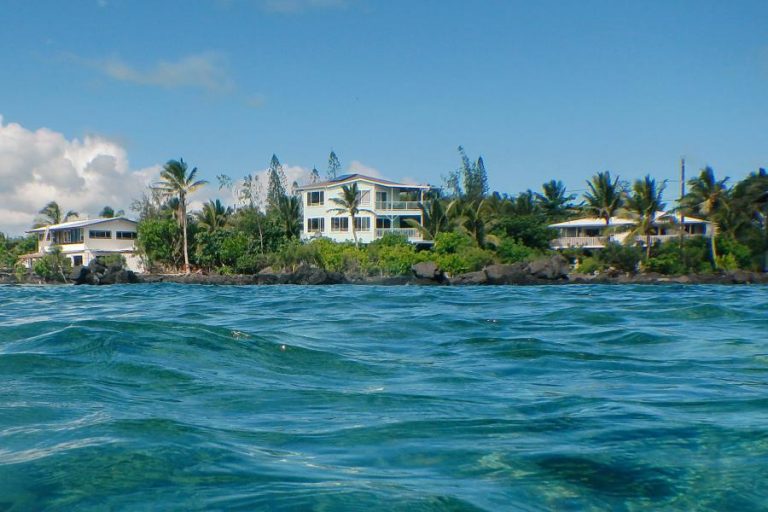 The small, picturesque town of Pahoa is a comfortable little setting for people who are looking for a peaceful escape on the Big Island. Better known as the "downtown" of the Puna region, the place is an… 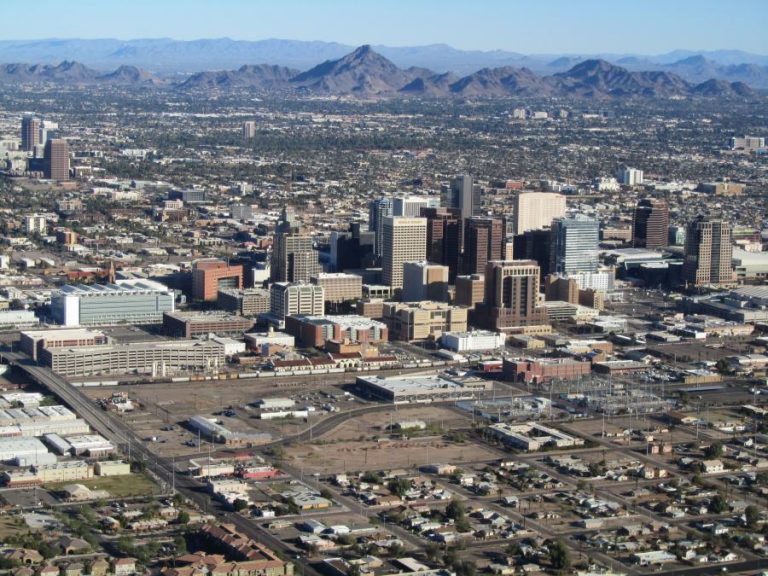 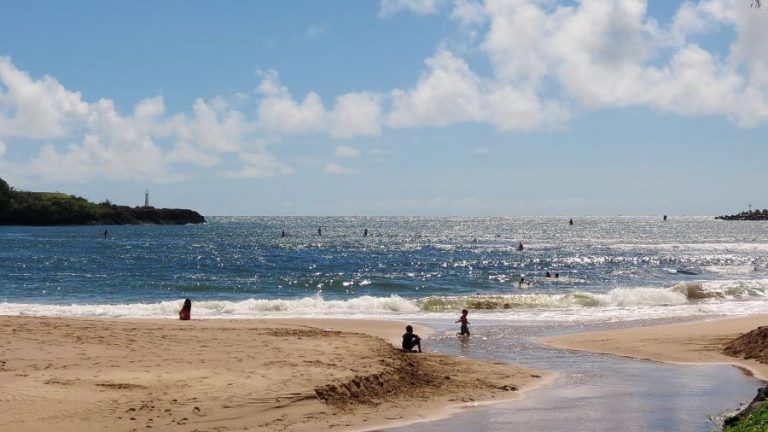 Lihue is the second largest town and the most visited town in Kauai County. It is home to Kauai's main Airport and it is considered to be the hub of travelers, and such has many amenities. The…