The Republic of Tunisia, located in North Africa covers around 163.610 km (102 Miles) of the Maghreb region and is home to the northernmost point of Africa. It also has the second and third points closest to Europe in Africa so it is a favorite location for many snowbirds. This stunning jewel of the north has both the Sahara Desert and the Atlas Mountains and its coastline touches the Mediterranean basin. In ancient times, what is now Tunisia was a major rival to the roman empire before they were finally conquered. The presence of the Romans resulted in heavy Roman architectural influences in most parts of the country. Tunisia was then conquered by the Ottomans and later, colonized by the French. These diverse influences have contributed to the rich culture and history of modern-day Tunisia where it is believed descendants of the demigod Hercules army settled after his death.

Tunisia sits on extremely fertile land and agricultural products form most of its exports. Beautiful mosaics and ceramics were also part of the items exported from the region in ancient times. The official language of Tunisia is Arabic however many nationals speak French, Berber and Tunisian Arabic. Tunisia is home to several UNESCO world heritage sites like medinas housing breathtaking mosaics, archaeological sites, and stunning desert views.

Why should people stay in Tunisia

Tunisia is a great place to visit in the winter because of its beautiful weather, exciting winter activities, and attractive sites. Snowbirds who are keen to get a taste of North African life will have a delightful time in Tunisia. Many species of birds travel from the north to Tunisia during the winter migratory season and can be observed during long leisurely strolls. They are several spas and Thalasso centers that are open during the winter, and you will find beautiful resorts near the sea. Avid golfers can expect to find beautiful golf courses and putting greens open and active during the winter. For snowbirds looking to experience boat life, the countless marinas where yachts and boats are docked promises to be an exciting experience.

Tunisia has a hot and dry summer but winters are mild, a bit rainy, and welcoming. Tunisia's climate often varies and one can experience either a Mediterranean or African style climate during their stay in Tunisia depending on what region you chose to visit. Many places stay open in the winter despite the windier and colder weather. Winter in Tunisia ranges from snowbirds are advised to still pack warm clothing as it can drop to 7°C - °C (45°F - 32°F) at night time.

Tunisia is considered a safe country for snowbirds. The capital and other northern cities are safe with low crime rates and snowbirds can feel safe engaging in their preferred activities in these areas. Travelers are advised to keep abreast of happenings in the country through the local media and keep their valuable items secure. There are a few areas in the south of the country that are deemed unsafe due to military operations and terrorist attacks. Places like the border with Algeria and Libya and the western mountains are to be avoided.

Communication, internet, and cellphone in Tunisia

Although Tunisia's official language is Arabic, foreign languages like French, English, and Italian are spoken in the major cities. A few locals also speak Turkish as well.  Snowbirds are advised to travel with a phrasebook as many service people like taxi drivers and waiters will speak only rudimentary English. Snowbirds who also speak French will have no trouble with communication, as French is the second language of most people in Tunisia.

Roaming your home sim while in Tunisia can be quite expensive so snowbirds are advised to get a local sim. Prepaid sim cards in Tunisia offer some of the best deals in the world. They also have a special sim for tourists that lasts for 90 days with up to 400% bonus on top-ups. Prepaid sim cards can be purchased for $3.48 (approx. €2, £2, $4 CAD, $4 AUD) and they can be purchased in the airport once you land. There are also pay-phones in major cities.

Some of the locations where snowbirds could stay in Tunisia include:

Things to see in Tunisia

Activities in Tunisia in the winter

You can also stop for some syrupy Arabian coffee at any of the many cafes the country has to offer. Shops close an hour earlier during the winter by 7 pm and they usually have an hour-long break at 12 pm. Snowbirds can try traditional Tunisian meals at various restaurants or from street food vendors

Tunisia has a fair number of international airports in the following major cities; Tunis, Enfidha, Monastir, Djebar, Sfax, Gabes, Gafsa, and Tozeur. Domestic flights are also not uncommon although because Tunisia is small, they are not entirely necessary snowbirds can use this as a major means of quickly getting around the country. Major airlines include Sevenair, Tunisair, Nouvelair, and Tuninter.

The transport system is reliable and most places in each city are easily accessible by trains or buses. Tunisia has two major bus companies, TCV green and white busses tend to cost more than SNT busses. Bus tickets start from $4 (approx. €3, £3, $5 CAD, $5 AUD). In addition to trains, there are also trams that run through the city. Train tickets are booked in advance. The train's intercity network is not as developed as that of busses and they can be slow so if you wish to move through the country by road, a bus would be the best way to go.

There are also metered taxis that run through the major cities at affordable prices. Shared vehicles are also another form of transport popular in Tunisia which costs the same as using a bus or train. Taxi prices start from $ (approx. €0, £0, $0 CAD, $0 AUD)

Renting a car in Tunisia is quite costly but not hard to find. Renting a car can set you back between $21 (approx. €18, £16, $28 CAD, $29 AUD) a day to $105 (approx. €90, £82, $140 CAD, $149 AUD) depending on the type of car you choose. Tunisian roads are well maintained and comparable to roads in Europe and road signs are in Arabic and French. If you intend to spend most of your stay in a single city, you may want to use buses and trains as they would be much more affordable.

Tunisia enjoys a reasonable healthcare system thanks to the country's wealth, with a public health system that all citizens benefit from. But in general, do not expect it to be on the level of US and European hospitals. There are also private healthcare systems with well-trained personnel and infrastructure although expenses may be high. Snowbirds should have adequate travel insurance to help with these costs especially in the event of an emergency. There are a few English speaking doctors in international hospitals, however, smaller hospitals may only have Arabic or French-speaking doctors.  There are also a good number of pharmacies that stay open at all hours. 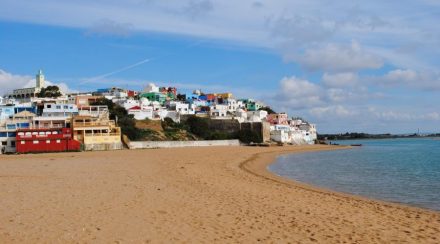 Spend your winter in Morocco: Is Morocco a good snowbird location?
Categories: Africa 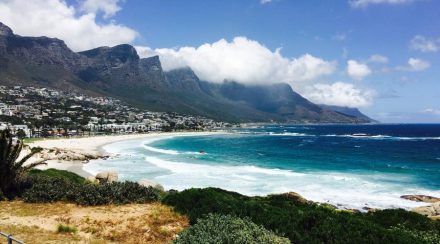 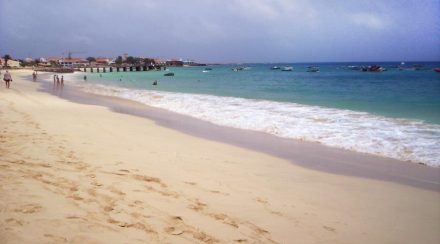