The Middle East is a region that comprises of more than one country and continent. It generally includes Western Asia, Egypt, Turkey, Iran, Dubai, and other countries within the area. Although the region has had periods of political and social unrest in the past, it is a region that offers one of the most diverse tourism experiences in the world. History is deeply woven into the culture & lifestyle of the Middle East.

The most common languages spoken in the region include Arabic, Persian, Turkish, Berber, and Kurdish. However, English is spoken by a reasonable number of the population, but mostly by other tourists, or immigrants from other countries. Interestingly, it is in the Middle East that the first cities were built and people learned to write.

But for most wintersun lovers, not all those locations are suited equally, because of factors like the winter weather, and safety concerns. We will focus this blog post more on the more popular countries like Oman, and the United Arab Emirates (Abu Dhabi, Dubai). Some locations like Egypt and Turkey will be discussed in a separate blog post.

Why should people stay in the Middle East during the winter?

The Middle East boasts of a high level of hospitality. Locals can strike up a conversation with you randomly, or even invite you into their homes for a kettle of sweet tea, or a local meal. Contrary to many people's idea of the Middle East, these spontaneous acts of hospitality will disarm you and change your opinion of the region and its people.

The cities in the Middle East are some of the oldest inhabited cities on earth. A walk through the streets of Jerusalem, Cairo, Istanbul, or Beirut will feel like a stroll through time and history. Every town has a tale to tell. From charming Bazaars and coffee shops, the Middle East is an embodiment of mystery and story-like magic.

The Mighty rivers (the Nile & Euphrates), magnificent deserts (the Sahara, the Empty Quarter, and peerless Wadi Rum), and beautiful green landscapes are some of the main attractions of the Middle East.

The Middle East is a mix of historical sites and culture. You can either gaze at the magnificent Pyramids of Giza or experience the captivating Sufi dance. It is also not difficult to get around countries in the region or to find suitable accommodation.

The Middle East has a fairly consistent Climate throughout the region and has only two seasons; Winter & Summer. As it is a large region the weather can differ a lot. The summer is usually very hot and dry. The winter weather will differ even more depending on the location and can range from perfect sunny days with a nice temperature to cold and rainy. Also, desserts can be hot during the day and really cold during the night. Living close to a desert also can see occasional sandstorms in some areas.

Some countries in the Middle East have suffered from political unrest and terrorist activities. However, some countries are very safe like Oman and the United Arab Emirates. If you plan to visit other areas it is good to understand the security situation of the countries in the region you will like to visit, before making your trip.

Communication, internet, and cellphone in the Middle East

Arabic and other Middle Eastern Languages are widely spoken, but English too is common with a reasonable number of the population. Especially those that have business with tourists. Basic understanding of Arabic, or having someone that can interpret will go a long way to easing the challenges that might come with communication.

Wintersun Locations in The Middle East

A short selection of some Middle East wintersun locations:

Things to see in the Middle East

For Snowbirds, there are almost limitless options of things to see and do while in the area, depending on your interest, budget, or time to spare. Here are some examples:

Activities in the Middle East in the winter

Whichever country you decide on visiting in the Middle East, there are so many activities you could engage in during your stay, but here are some suggestions:

Many shops within the region stay open throughout the year, but tourist shops close when there is a low flow of tourists in the area. However here are some suggestions:

In terms of Air transportation, International and domestic flights are always available and also easy to book. You can check Kayak for more information on booking and prices. Major airlines like Emirates operate within the area.

On average, the cost of transportation in the Middle East is fairly cheaper than many snowbirds are used to back home.

Most Snowbirds will arrive in the Middle East by Air, but by Sea is also possible. Once you've arrived, getting a taxi to your destination is easy, but make sure you do not get into unmarked cars and also ensure you ask the driver if he can speak English.

Car rentals are not a solid trend in transportation in the Middle East yet, but there are some local companies like Hertz or EasyCar.com that offer similar services, so you could check them out to see if they are available at your destination.

The rail network in the Middle East has been vital for traveling around and over the years, the network has expanded and improved, so it is a good choice if you are interested in traveling by train.

It is also possible to travel through ferries, ships, and boats while enjoying scenic views.

Many countries in the Middle East like Dubai, can boast of excellent healthcare systems. Many of the doctors in the area are very well trained, and though they might be speaking Arabic, some doctors speak English. The public health sector in some countries might be slow in some countries. Those that will opt for private health care services will pay more money than the public services charge.

Dentists are available in all locations without problems.

There are many options for accommodations in the middle east. The price can differ a lot depending on the: 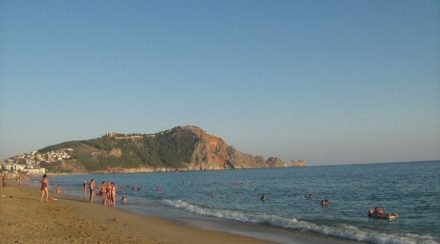 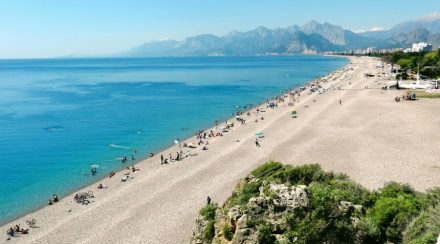 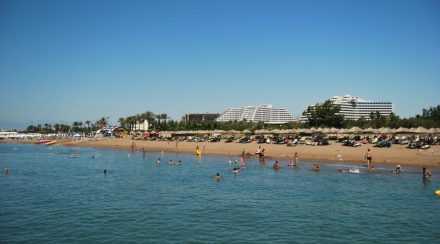